One of the features of the Material Things Fearless Jacket is its in-seam zippered pockets.  I figured the pattern is called "fearless" because you'd have to be to sew such a thing and expect it to look any good.  I've put in my share of invisible zips over the years but tend to approach the task with a bit of a quaver in my voice, if you know what I mean.  I learned how to do it back when the world was young and zippers came in packages with instructions.  They said to sew the zipper in first and sew the seam closed afterwards, and you used one of those special blue plastic feet that fit on any kind of sewing machine.  It's hard to manoeuvre your zipper foot close enough to the end of the zipper to make a really neat transition between zipper and seam.  Sometimes you had to fudge a few hand stitches at the seam below the zipper opening.  More often, you had to rip and re-sew.  Neither would be a good idea in leather.

By contrast, Kathryn Brenne's method worked perfectly, the first time (a practice zipper) and the second and third times too (the real thing)!  Here's how: 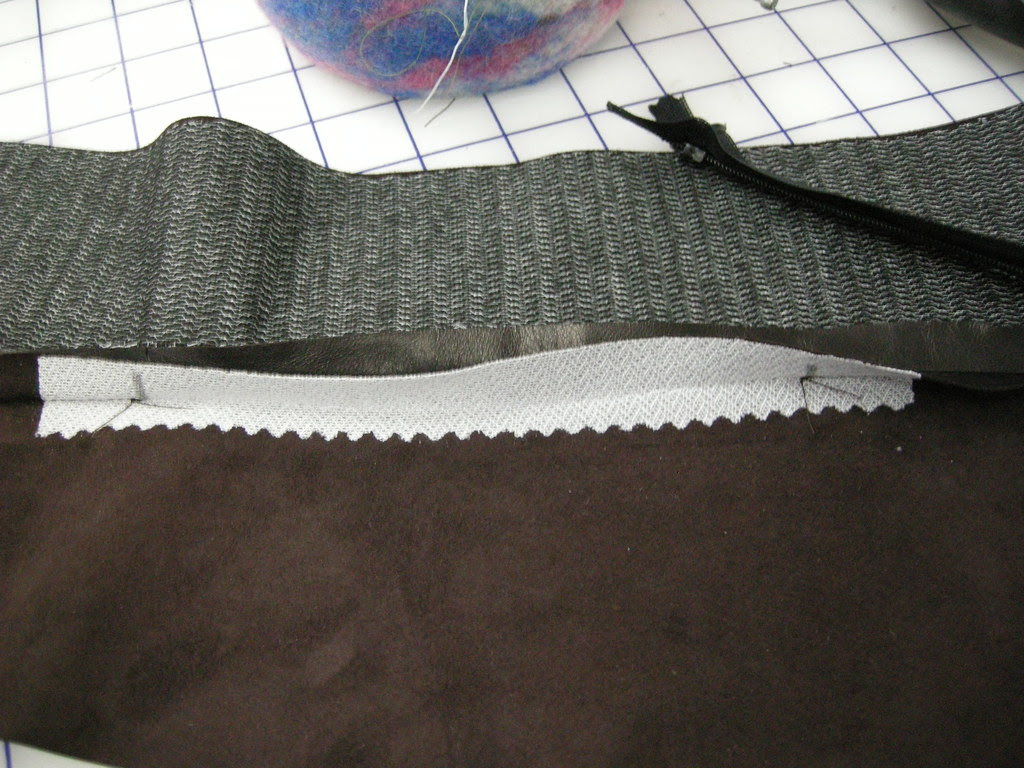 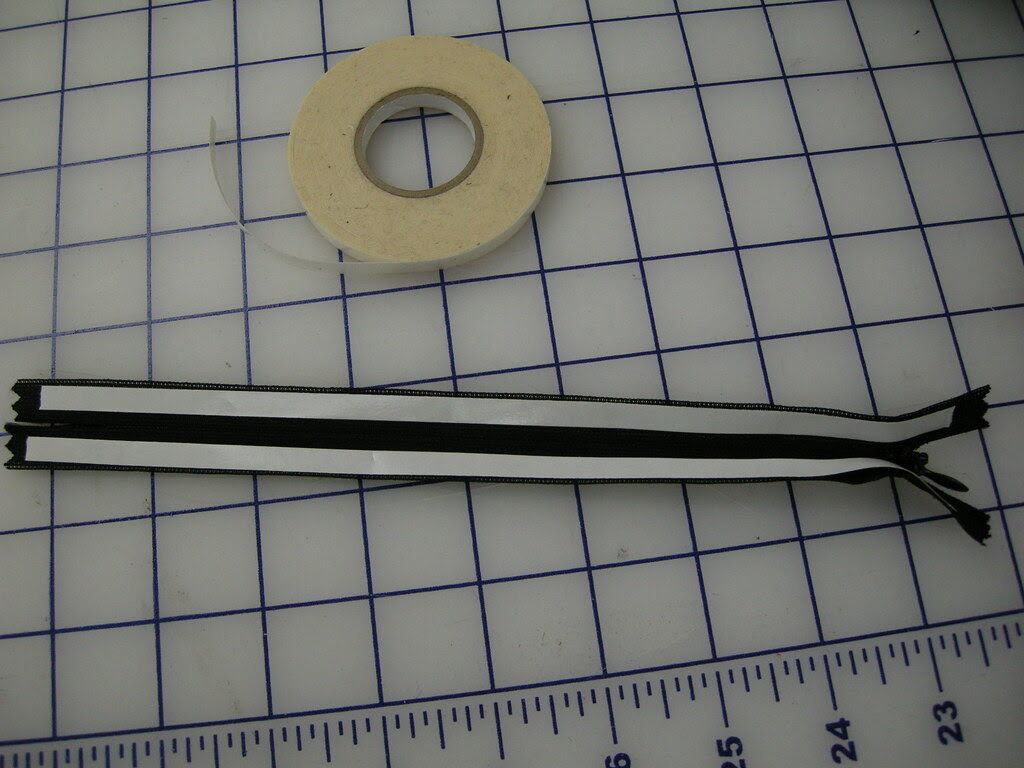 It turns out that things go a lot better when you have the right tricks up your sleeve.  The trick, in this case, is Wonder Tape.  Stick this stuff on the zipper tape, both sides, as shown to the right. 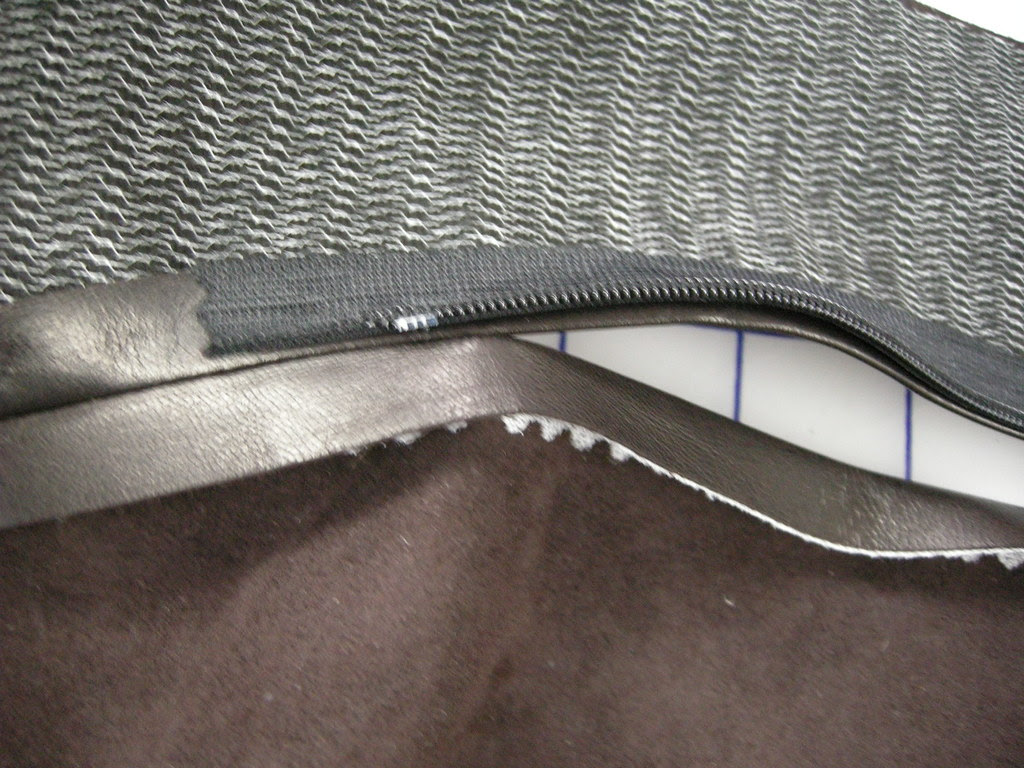 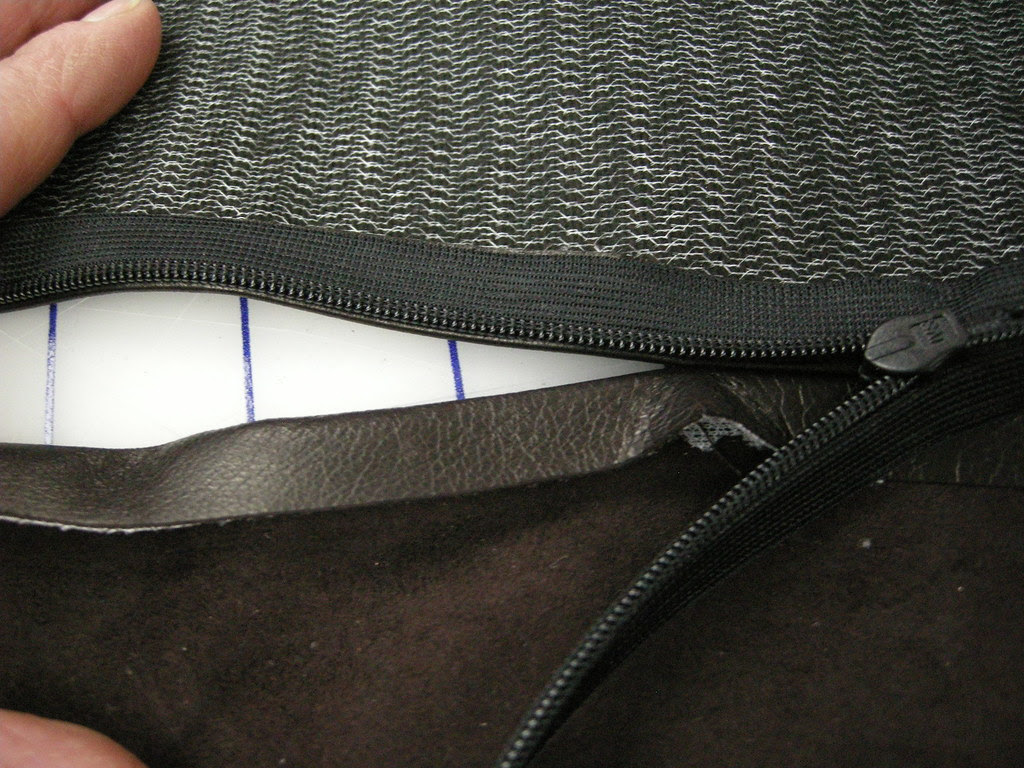 Next, peel off the Wonder Tape paper backing on one side.  Position the zipper so the top stop is a little bit above the end of the stitching at the top of the pocket opening (above).  The bottom stop should be a bigger bit below the end of the stitching at the bottom of the opening (right).  Stick the zipper down on the seam allowance so that the coil is just along the pressed-open seam allowance on that side. 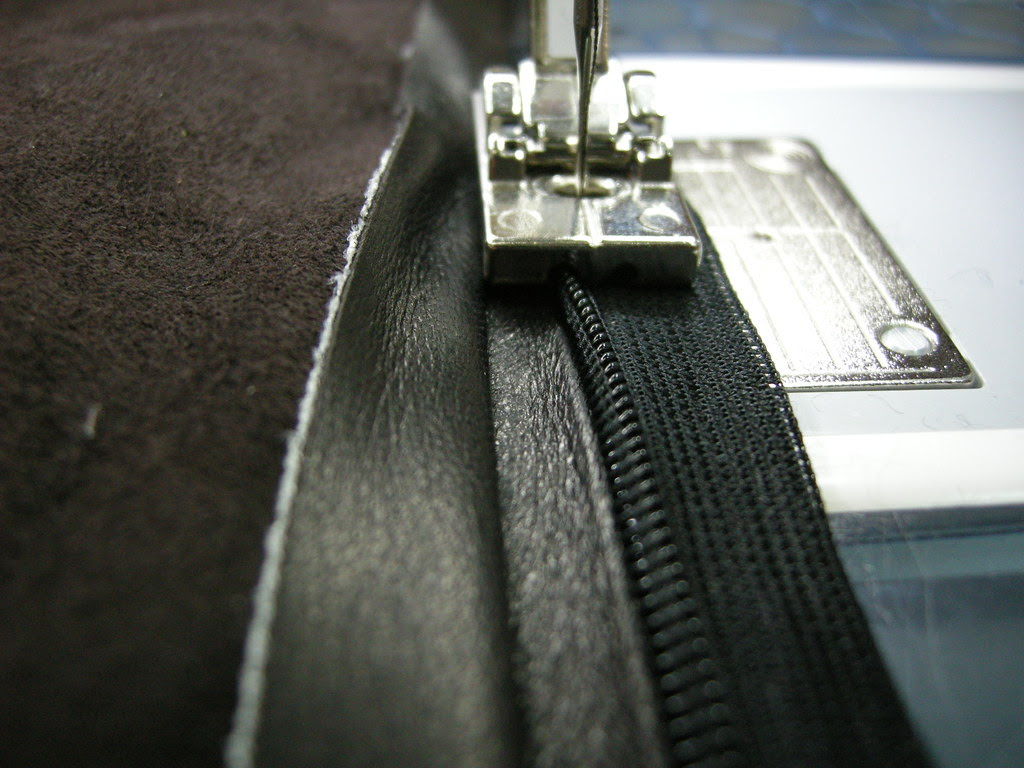 Sew that side of the zipper down using your choice of special foot.  At left is the Bernina invisible zipper foot.  The first side is easy, I tell you.  The second is much harder because you have to somehow get the zipper coil in the opposite groove while the first side of the zipper is snugged right up against it.  When I complained about this, Kathryn said "It'll be fine.  That part of the stitching is in the seam allowance and you will never see it."  She said exactly the same thing when I complained that it was hard to sew right to the bottom of the zipper on the second side. 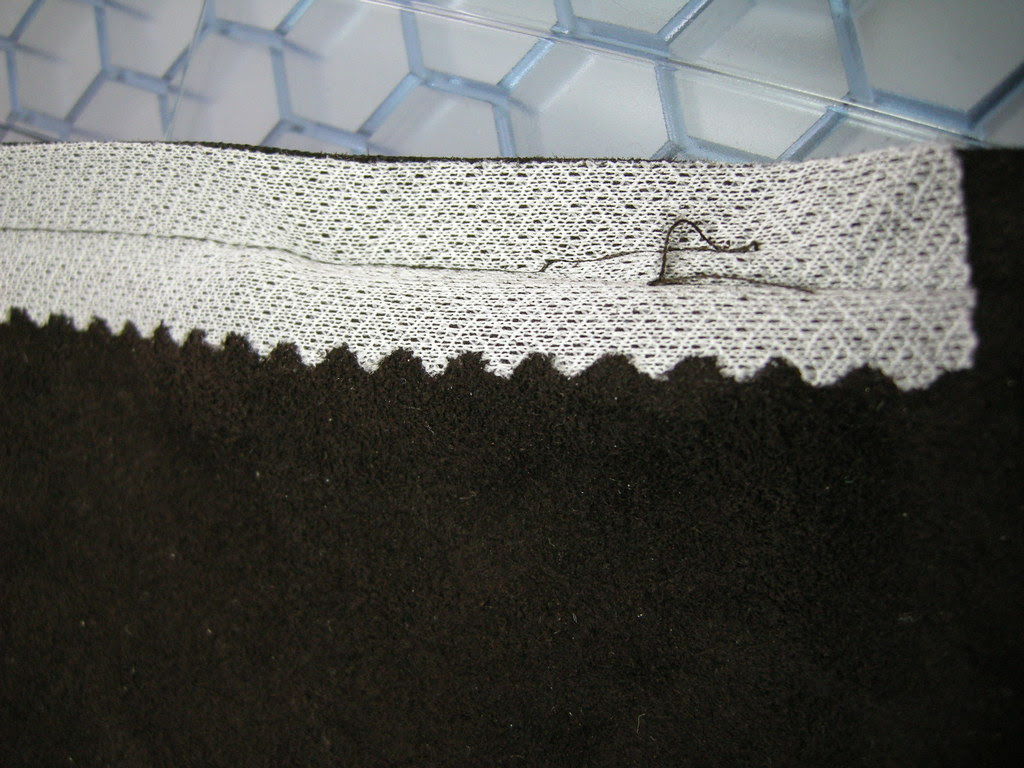 And just look at the mess I made of it!  Oh no!


Look!  Kathryn was right!  No sign of the ugly mess behind. 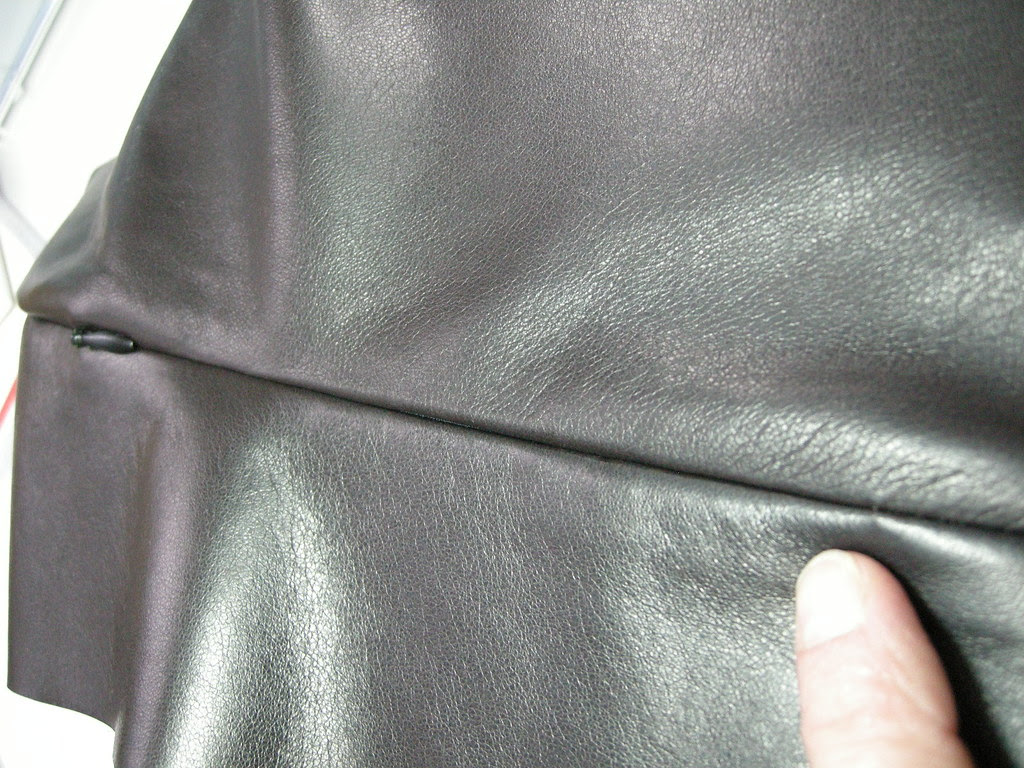