What I've been up to

Neither sewing nor blogging, evidently!

I have been doing a lot of machine knitting but it's a top secret project that I can't blog about yet. Be patient and eventually all will be revealed.

And no, nobody has offered me a book deal. Which is just as well because I have enough hobbies already thank you very much. As well as a full-time job. 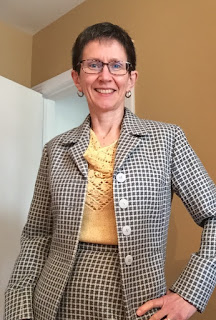 I finished my golden cowl, which was mostly done in the last post in which I tried to explain to you, my loyal readers, why I hadn't been posting very much. I even got to wear it a few times, as we had some unseasonably warm temperatures in early October.

As I had hoped, it looks good with my most recent suit. Hmm, I finished that in March? It must be time for another one soonish.

My husband and I had a mini-vacation in Quebec City. What a magical place! We stayed right in the old city, in a house that was occupied, before 1855, by Joseph Légaré, one of the first landscape painters in the region. We saw some of his paintings in the Musée de beaux arts.

The place had stone walls that were about 3 feet thick. It was right across the street from the Parc de l'artillerie.

There are cannons everywhere in Quebec City! 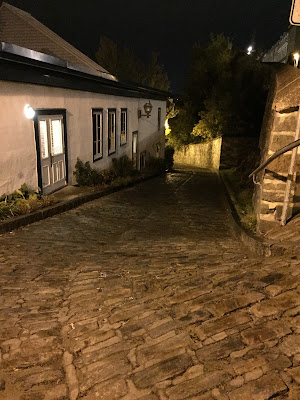 And cobblestones and steeply sloped streets - sometimes in combination! 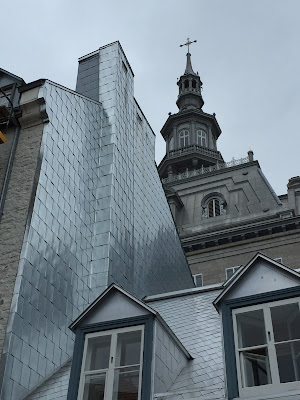 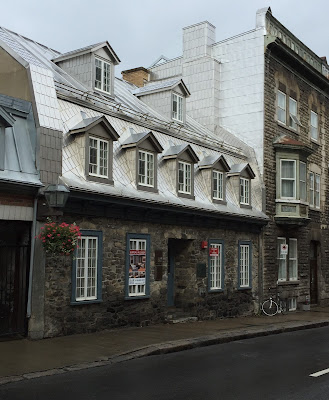 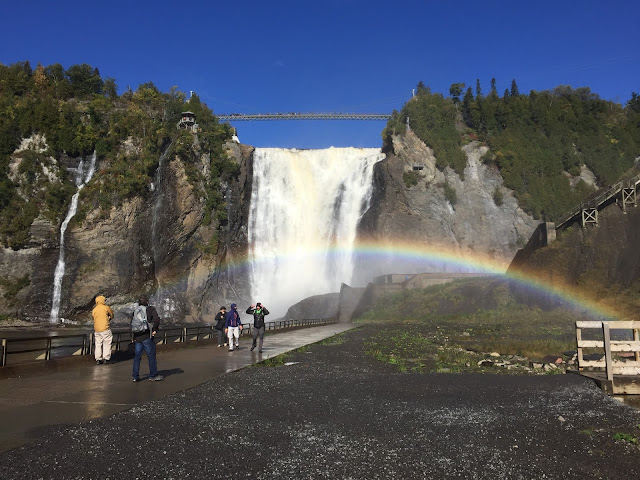 And we went to Montmorency Falls. Wow!


There has also been some walking in the woods. 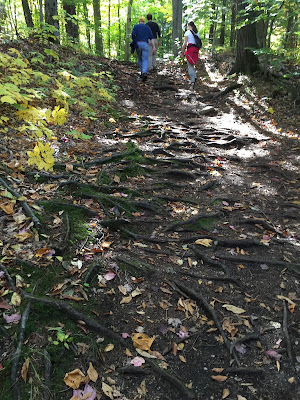 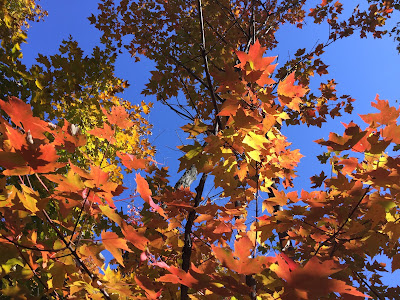 During which this sort of thing could be seen, if you looked up. 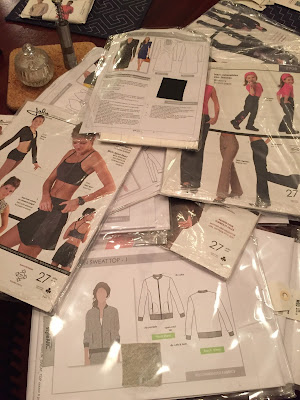 I'll leave you with a couple of more blog-relevant photos. This has been a good week at the thrift stores. First, my friend Gail got in touch to alert me to a major pattern find.


Yes! Those ARE Jalie and Style Arc patterns! 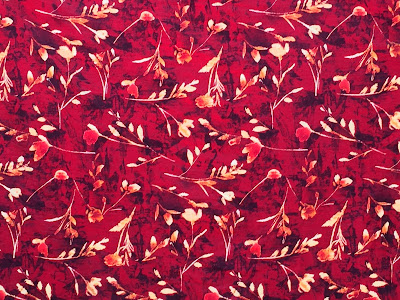 And this: 4+ metres of a nice rayon print.