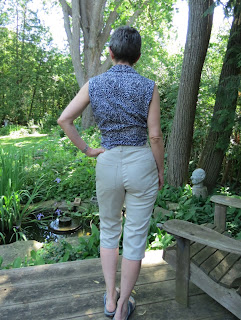 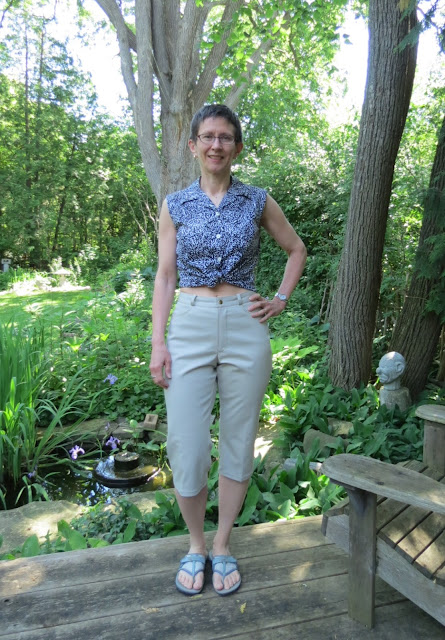 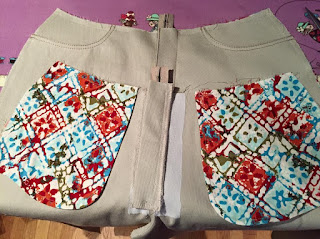 It's a funny thing - learning a new skill. You're so bad at it, at first. Everything takes seventeen times as long as it ought to, and you get caught out by every potential glitsch.

That's The Sewing Lawyer and her new knitting machine, the Passap Duomatic 80.

But on the theory that you will  never learn unless you try, I made a top! This was a journey since I didn't exactly have a pattern. I had an idea of the shape I wanted and some yarn.

I'm not going to try to reproduce here my thinking process. There are more details on Ravelry if you're interested. The short version is that it involved knitting a sizeable swatch, and then it took a lot of measuring, calculation and graphing of the outlines of the pieces on gauge-specific graph paper (such a cool idea, you can get it here). And all that has to take place before you get the machine threaded up and going, because once you're at the machine, it's far too late. Unlike hand knitting it is really hard to adjust on the fly. (At least for a beginner like me.) Hopefully it will get easier with time.

And then there's the fact that on the DM80, once you get going you can't really tell how it's going. The stitches form and disappear down the gap between the two beds.

As you can see at right, it's confusing. And that is only a dozen or so needles. I was knitting on about 135 of them. And I had lowered the front bed (which is the one at the top) to get a better view. While knitting, pretty much all you can see is the loops on the needles.

This yarn is really skinny - a 150g cone has about 2,300 metres of yarn (I knit two strands together). But so luscious! It's 54-46% cashmere and cotton, from ColourMart. In a deep and complex purple called Juniper. There is still some left on the site. I have no idea why it's not sold out; it's so beautiful.

So my top. It's a sleeveless shell with a slight cowl at the front. 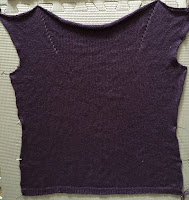 I made the cowl by increasing - you can see the line of eyelets to either side of the neck point where this happened. Increasing at this point keeps the cowl in the centre of the top and avoids distorting the shoulder/armscye area.

Unlike the pattern for this top, which placed the increases at the armscye edge, and left me with an awkward triangle shape at the front shoulders.

I left the cowl neck edge to roll but finished the armscye edges with a row of single crochet. This (ahem) enclosed some little mistakes. 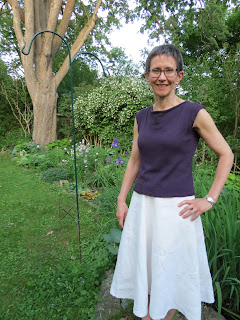 My top is not perfect but it's definitely wearable. In fact I wore it today with my recently-completed cardigan - it has a single strand of the cotton/cashmere held together with some alpaca, so I like to think the pieces coordinate well. 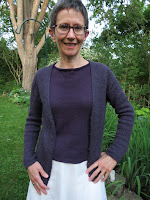 A speech on quilting

PLEASE READ (updated July 4, 2017)
I posted this in the spirit of sharing and because I found it amusing. I did not expect it to go viral (albeit in a minor sort of way) around the time it was originally posted. I try hard not to resent the fact that this post has had far more hits than any other single post on my blog even though it is about quilting - a sewing related activity that I do not participate in - and even though I didn't write the text.

(There is lots of good stuff on this blog! But it is not about quilting...)

I see that the link is making the rounds of the quilting sites and on Facebook again in the summer of 2017. I know this because I am getting e-mails asking me to moderate comments. I am tired of this page, tired of moderating comments for it, and *this close* to removing it.

As you know, I'm a lawyer when I'm not sewing (or knitting). As such, I subscribe at work to e-mails that tell me of the latest decisions of the important courts here in Canada. There is one such e-mail prepared weekly by a local law firm. I always scroll to the end where, after the serious stuff, there is a section titled "Last Word". Today, it was about a speech given at a conference on quilting (Quilt Canada 2010) by Allan Fradsham, a criminal court judge in Calgary, Alberta, where the conference was held.

Here's the text. It's long but amusing, and so worth a read: