There will also be a skirt 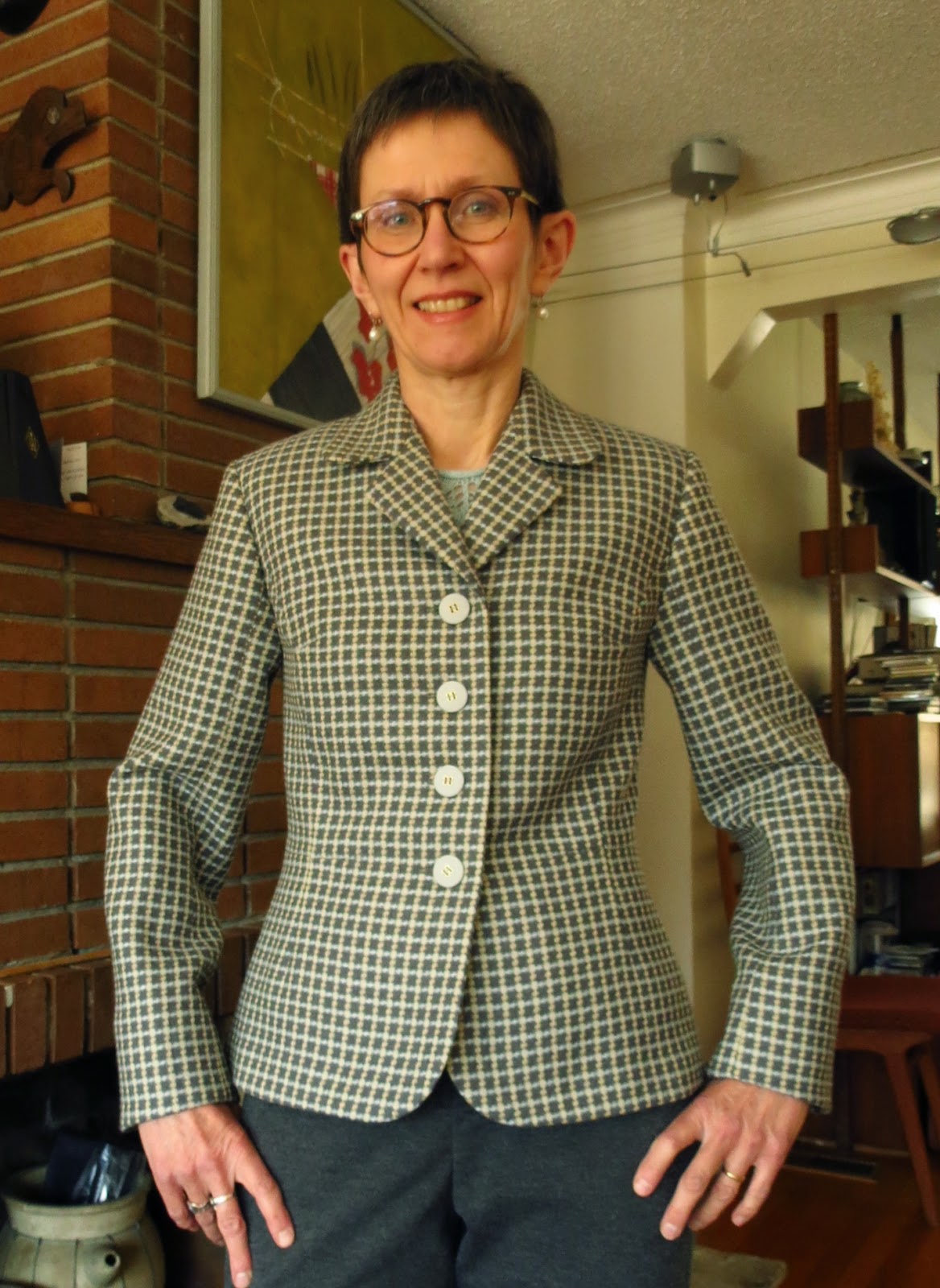 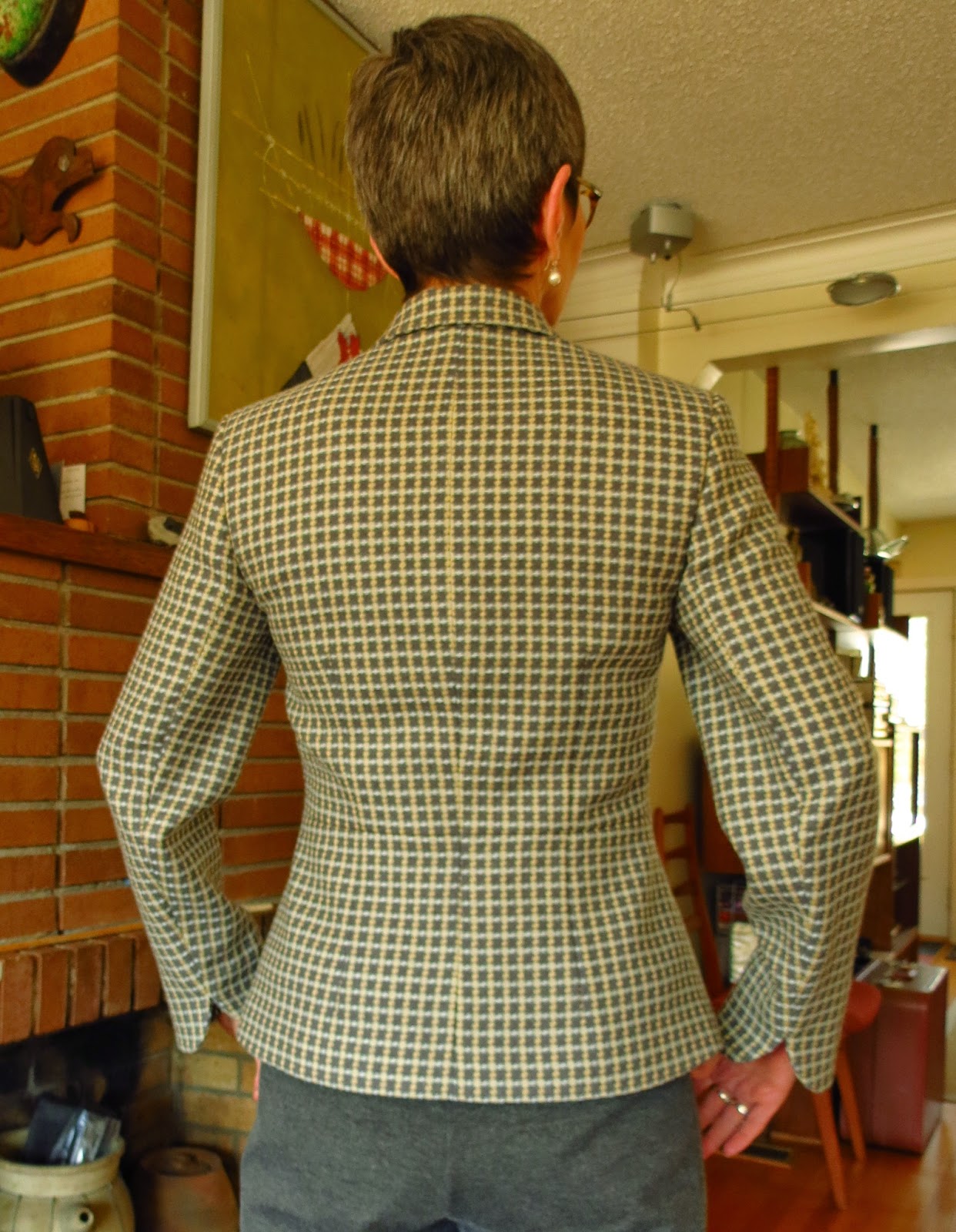 But for now, there is a jacket. 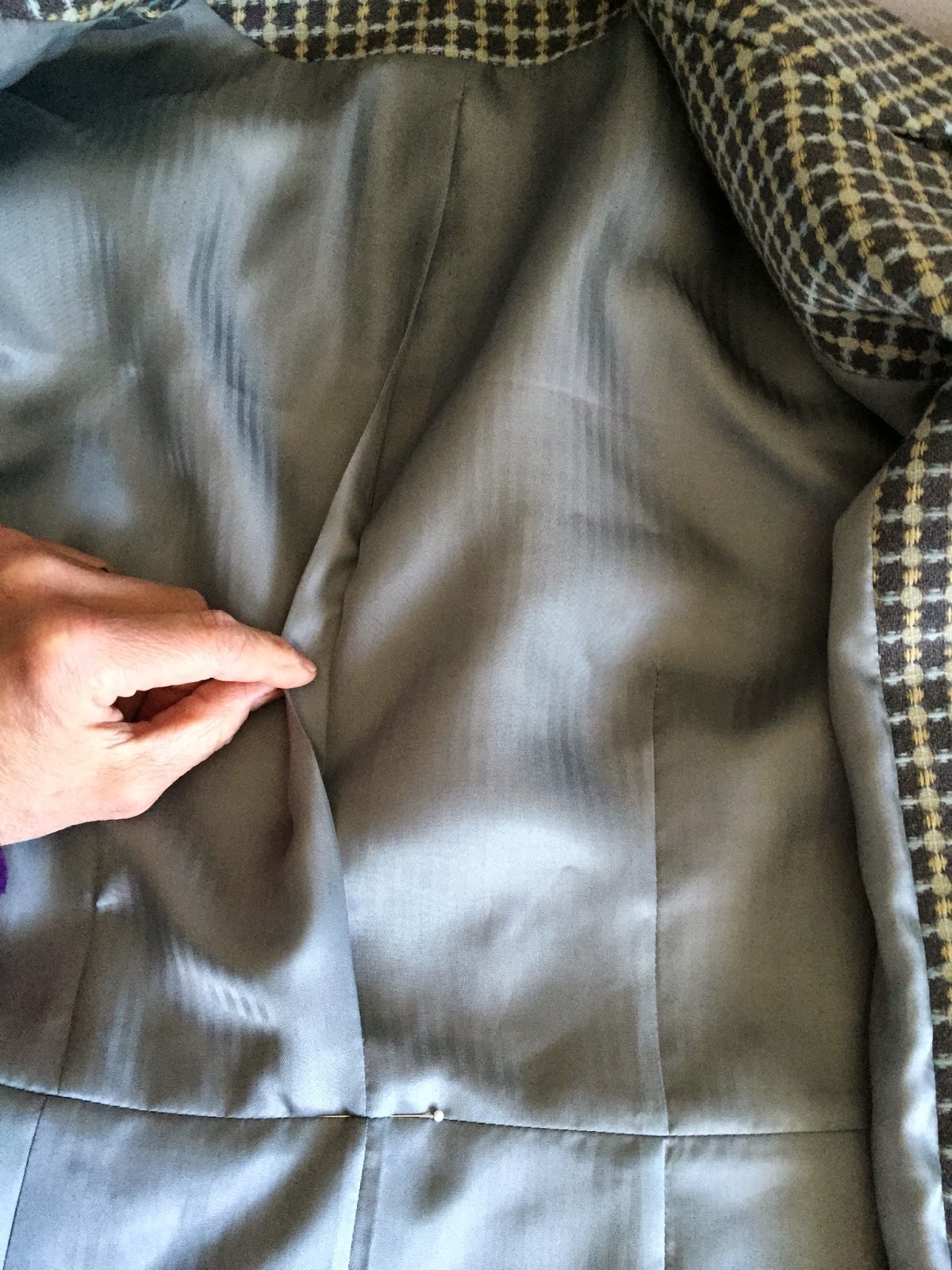 It's nicely lined (Bemberg, from stash) and the buttons (also stash) are quirky and just the right light grey colour. 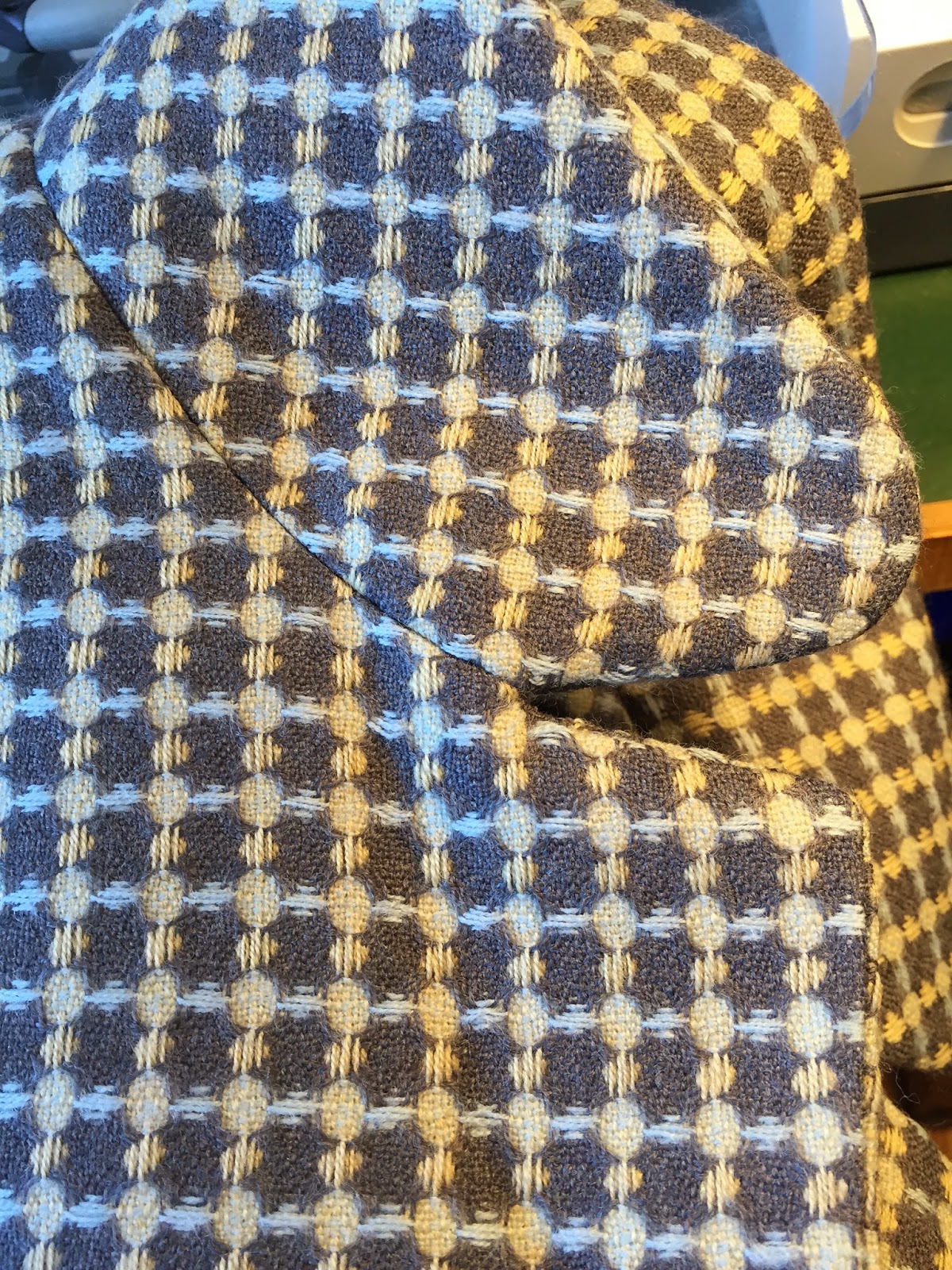 And some seams matched in pure serendipity,
while others matched because I worked to make it so.

I will enjoy wearing the jacket, but certain aspects of its making were less than positive.  I'm looking at you, Lekala pattern.  You were a bit of a cheat, promising more than you delivered.To be fair, I knew you needed major adjustments before I decided to go ahead.  But...

I've already written that the muslin demonstrated major differences between the actual pattern and the so-called "technical drawing".  This is, in my opinion, inexcusable.  Folks buy a pattern based on the company's visual representation of how it will look when sewn up.  The jacket pattern Lekala delivered was not what I wanted.  The configuration of the collar and lapels was significantly different from the illustration, and the jacket proportions were different.  I had to do major adjustments to achieve the look that Lekala had promised.

The fit was not any better than I would have had from a pattern drafted for a standard size, rather than for my specific measurements as Lekala promised.  I had to make most of the same types of adjustments for fit as I do with (say) Burda or Vogue patterns.  Specifically, I had to narrow and shape the back and shoulders, and reshape the hip curve.

I hadn't realized, when I wrote about my muslin of this pattern, that the CB was intended to be cut on a fold. Unawares, I sewed a 1cm seam in the CB of the muslin.  That's 2cm (about 3/4") less width than Lekala intended.  The resulting width was pretty good although the CB seam needed shaping. This means that the back Lekala drafted based on my measurements was way too big (again, given the neat fit of the jacket shown in their drawing).  And nobody has a ramrod-straight back, from neck to hip.

I shaved about .75cm off each front shoulder, but could have taken off even more.

I took a lot of width out of the front sleeve seam (both upper and under sleeve pieces) and the sleeves are still not very slender.

I added 2cm of length to maintain the proportions of the drawing.

I had to adjust the pattern to get the funny little partial waist seam that extends towards CF from the princess seam/dart junction to look OK.  The pattern had a line there, but you can't just toss a dart in anywhere without throwing off the shaping as a result, no matter how little it is.

So it may be a while before I turn to Lekala again, at least for a complicated garment like a tailored jacket.