I sewed up quick and dirty muslins of both the Maya (L) and the Harriet (R). I am happy to have used up this horrid pink duoplex! 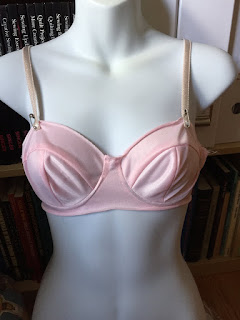 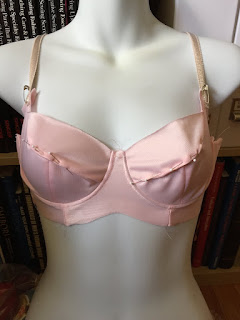 Ignore the obvious fitting problems on this plastic torso...

Things I learned from trying these on:

Taking to comparing the pattern for the band, I taped them up on my window (ignore the background scenery). More things I learned:
So then I compared the Maya to my self-drafted pattern, which I had modified for a full band using the instructions in the Bra Makers' Manual. (Disclaimer - I have never actually made my self-drafted full band pattern.)