The Sewing Lawyer totally failed to comply with her self-imposed schedule for her five weeks of leave.  However, she did finish this jacket. 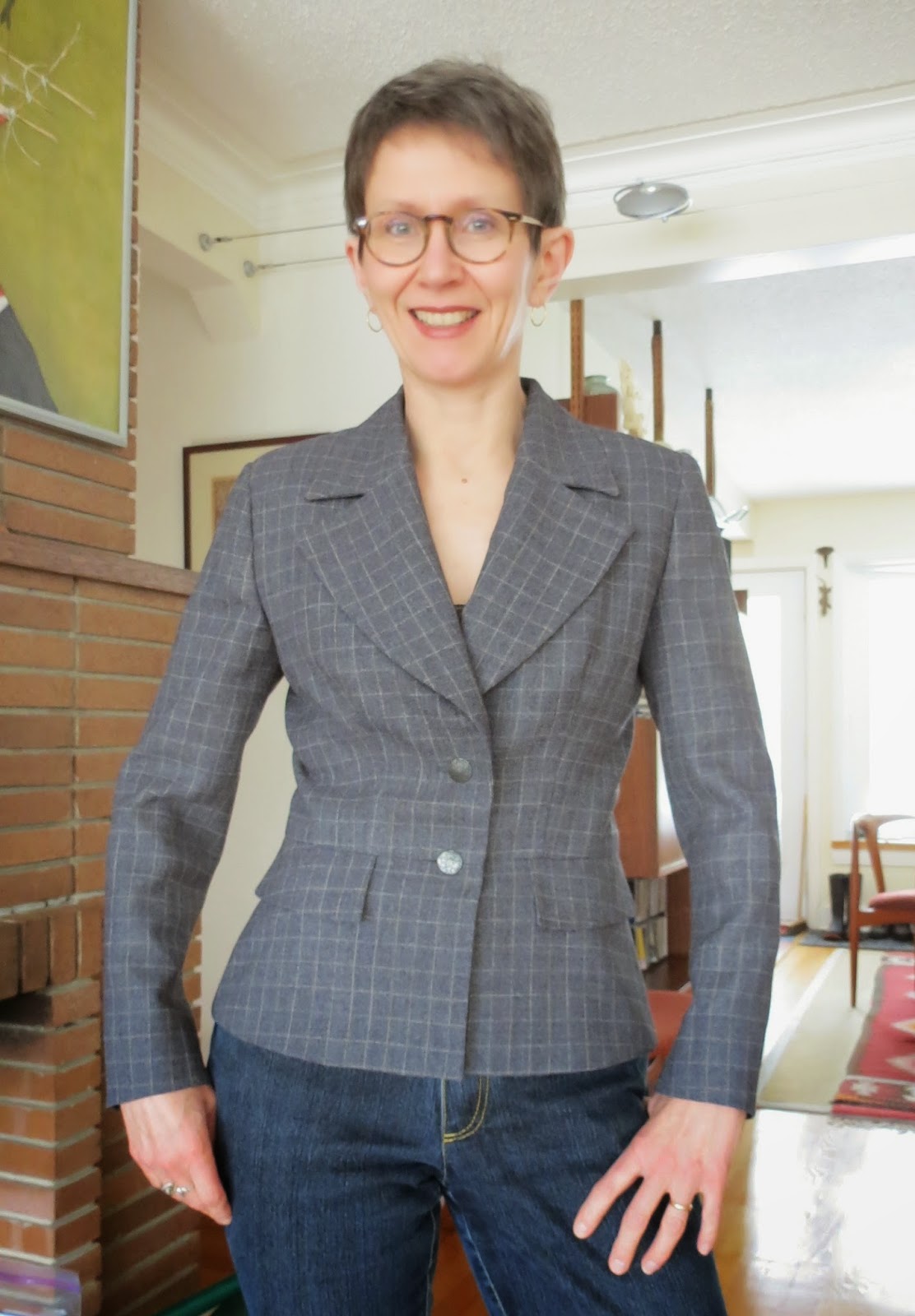 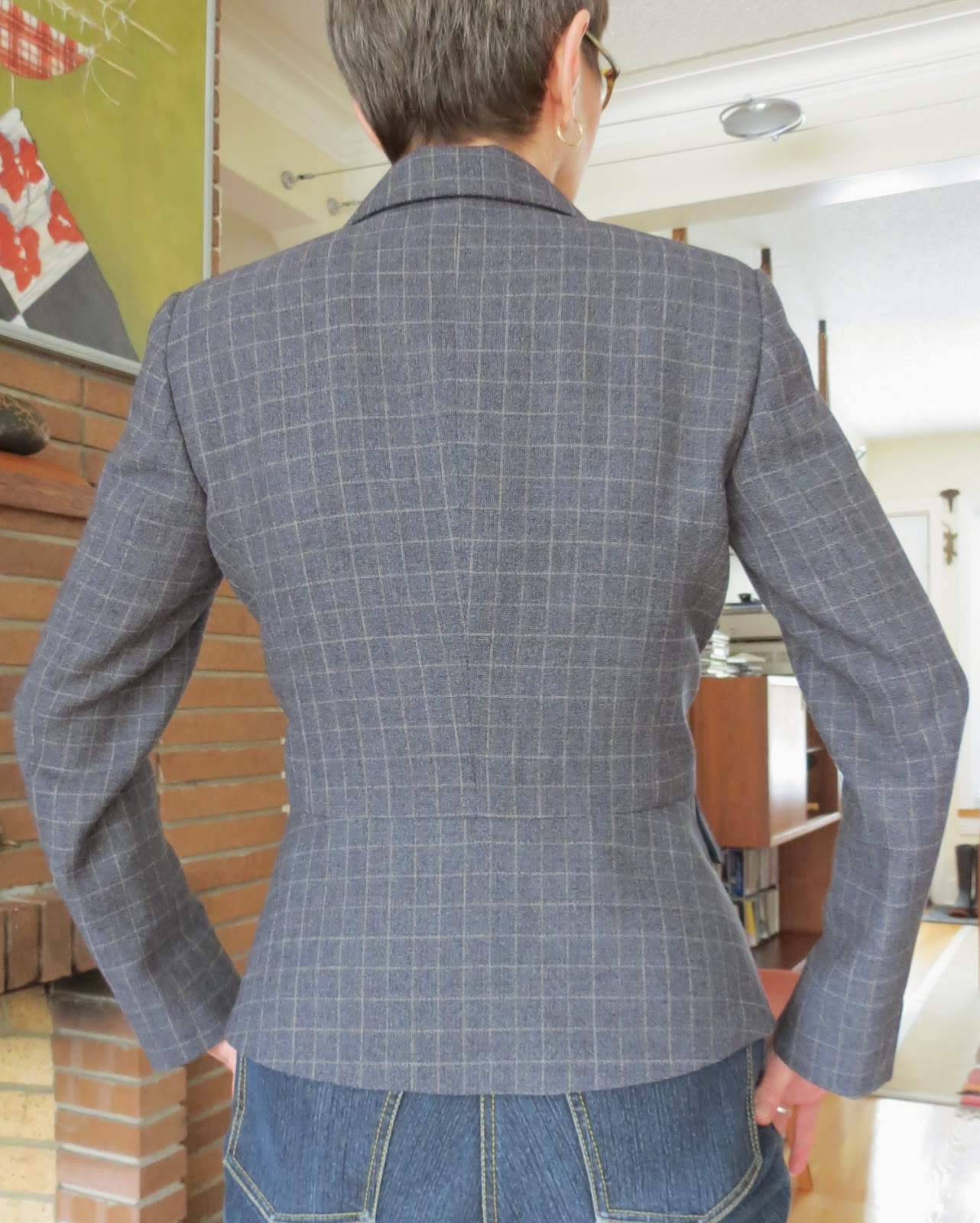 And the skirt is underway and will be wearable pretty soon.  But not yet, which is why I am modelling this with jeans.

As for a new top ... well, time will tell.  I purchased the silk chiffon (or maybe it's georgette, I never know the difference) in Hamilton when I was there last month.  It coordinates beautifully!

I'm in search of a simple pattern, and might even use the top from Burda 7576.  But I'm not sure about the high neck.

I made numerous fitting adjustments to this pattern based on what my muslin told me.

What else?  In sewing, I did the following things not instructed by the pattern:
Everything, down to the buttons and thread, came from my extensive stash.  The bemberg satin lining was left over from a dress I made quite a few years ago.  I had enough for the jacket body and skirt.  I cut the sleeve lining from striped bemberg, also in stash. 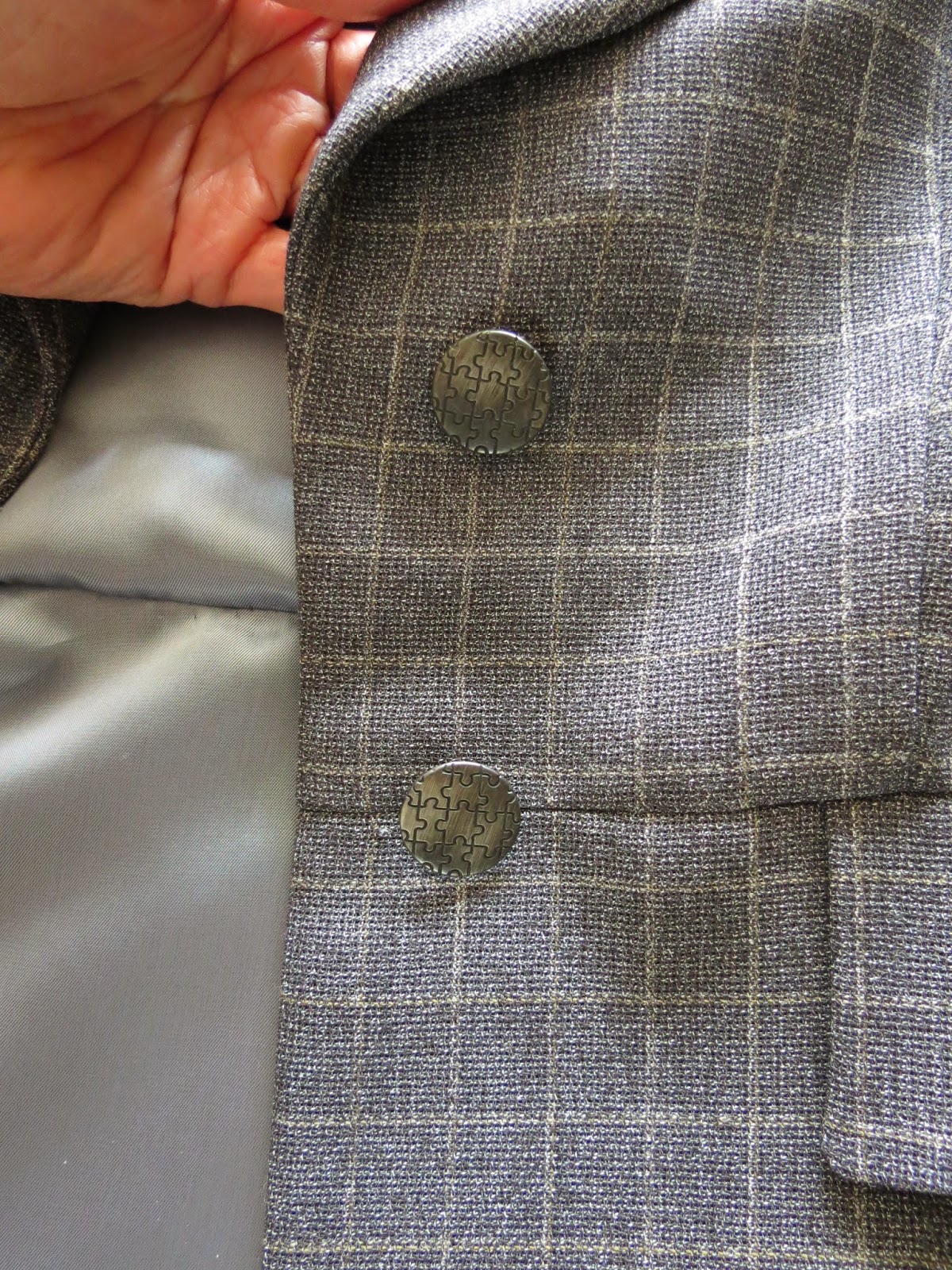 The buttons were purchased at (I think) Button Button in Vancouver many many many years ago.

That's about it.  Stay tuned for the next piece.
Posted by KayY at 3:51 PM